In my own life, I pray that I can make a positive impact on at least one individual in need. The community member being honored today has surpassed my own goal throughout his lifetime. As an FBI agent and now as an adjunct professor in the Criminal Justice Department at Tarleton and as a CASA advocate for the Cross Timbers Area, Mike Waguespack has shown that he truly cares for others in his community.

After working in counterterrorism, counterintelligence, and combatting violent crimes for the FBI for nearly 30 years, Waguespack and his wife moved to Stephenville in 2011. Since he became a resident of our city, he has become an adjunct professor at Tarleton and become deeply involved with CASA in our area. Court Appointed Special Advocates (CASA) support and promote court-appointed advocates for abused or neglected children. The time and commitment involved in becoming a CASA volunteer is not something to take lightly. The children in this program are in need of stable and safe home environments that will provide them with a permanent residence and love. During his time as a CASA advocate, Waguespack has worked 14 cases and impacted the lives of 30 children. 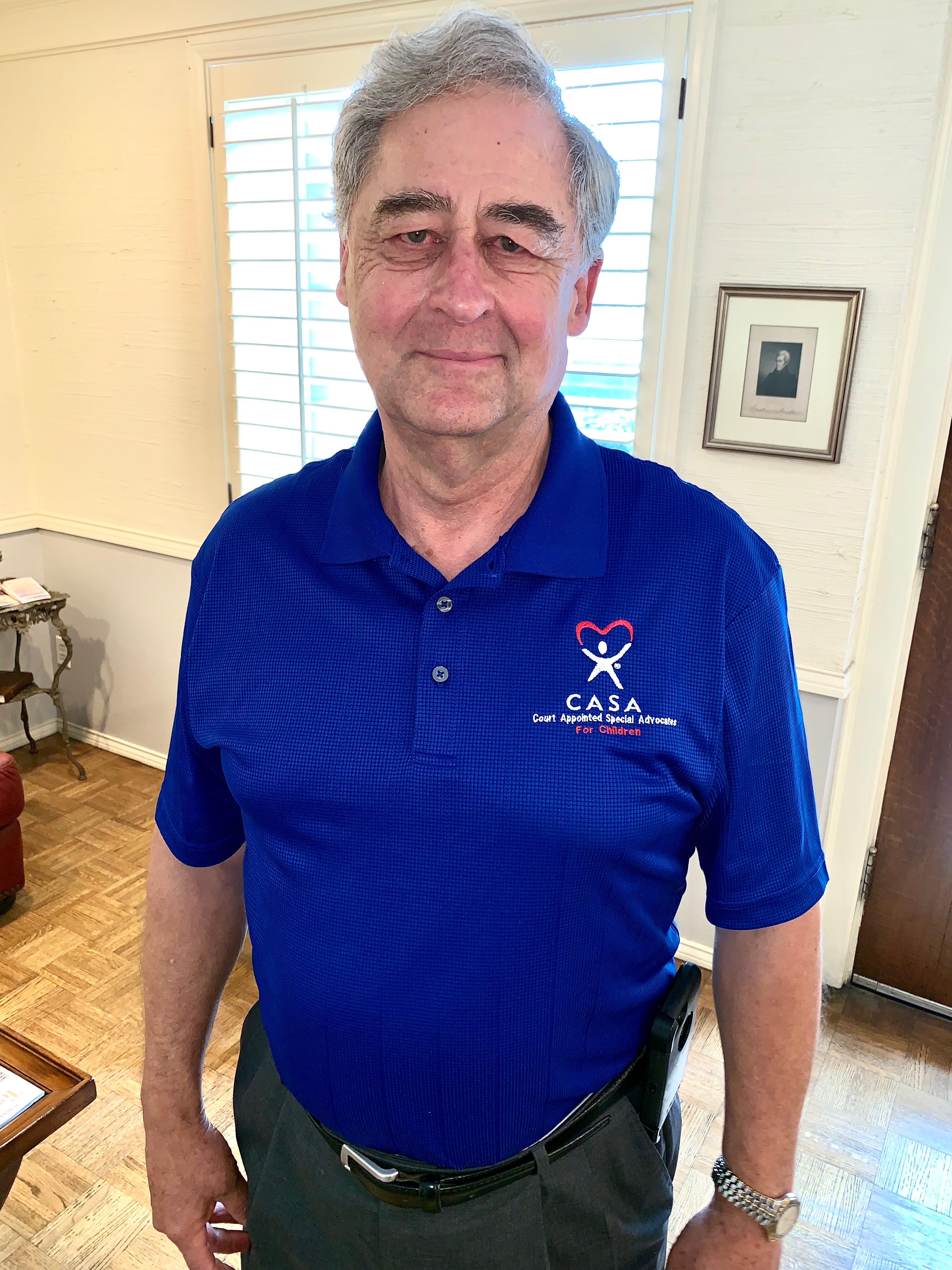 Consciously making the choice to devote one’s time and energy to helping others is one of the most admirable decisions a person can make. During our interview Waguespack explained how he got started in CASA. “I completed my 6th year with CASA in February 2019. I became involved after meeting with another CASA advocate and former university professor, Sonny Lyerly, who talked to me about CASA and what a wonderful program it is. Taking his advice, I met with Judy Walker the Executive Director of CASA-CTA to express my interest and to learn more about the program. Since then, I have been the advocate for 30 children who have been removed from the home due to abuse and/or neglect. I currently serve as the advocate for three of those children who are involved in three separate cases.” When he is not teaching students or working on a case, Waguespack serves as a member of the National Center for Missing and Exploited Children (NCMEC)/Team Adam (which provides support to law enforcement in cases involving abducted and endangered missing children), serves as the Safe Environment Coordinator/ Facilitator for safe environment awareness training in the Catholic Diocese of Fort Worth, and is a member of the Stephenville Knights of Columbus Council 10816.

When asked what motivated him to choose his career path, Waguespack stated that, ” As an FBI agent, the opportunity to serve this country. As a CASA, to serve some of our most vulnerable children; those who are in the most need of someone to look out for their best interest. As a university adjunct instructor, to share a lifetime of experience in the world of law enforcement with a new generation of those who aspire to become members of the law enforcement community.” During his long career as an FBI agent, Waguespack saw first hand how poorly the conditions and treatment of many children in other countries were. “On each occasion, I witnessed the dire condition of many of the children there and that made a lasting impact on me. Little did I realize at the time that so many children in our own society face serious neglect and abuse –because it is not as open in our society — it is a hidden epidemic. The more I became involved with CASA, the more I realized how serious the problem is in this country and in our own community, and that I needed to devote my time to that cause”, said Waguespack.

Unfortunately, we live in a world where famine, abuse, and neglect exist. Having members of our community such a Mike Waguespack gives me hope that if we all strive to help one another when we can, the world be so bleak and grim. In his life, Waguespack wants to be remembered for living an honest life, being of service to others, and for being a good husband, father, and grandfather. I believe it is safe to say the not only has he done all of this, but also rightfully earned his title as April Community Spotlight Member. Thank you for all you do for our community Mike Waguespack!

The Allen Firm, PC is composed of a team of attorneys located in Stephenville, Texas. Our mission is to improve people’s lives by providing reliable and practical help with their legal matters while operating under our values of honoring people, operating with integrity and striving for excellence. We offer help in forming businesses or companies, estate planning, lawsuits, real estate, probate, oil and gas, collections, agriculture, bankruptcy, family law, and accident and injuries.

*This article has been written and provided for educational purposes in an attempt to provide the reader with a general understanding of the particular topic and area of law covered in this Article.  It is not to be relied upon for any purpose.  The reader acknowledges the underlying analysis and legal conclusions referenced in this Article may be inaccurate by the changing of the law or by a controlling court opinion to the contrary.  No attorney-client relationship exists until an appropriate engagement letter has been signed. Contact our Firm to discuss how the contents of this Article may apply to your specific situation.